Sebastian «7ckngMad Debs» has one of the most interesting storylines of the current season. As the OG’s lineup with Resolution didn’t work out, the former coach took the midlane position.

With 7ckngMad we had a talk on game roles, itembuilds and community influence on how pro players are perceived: not only by fans, but also by their teammates and the players themselves. 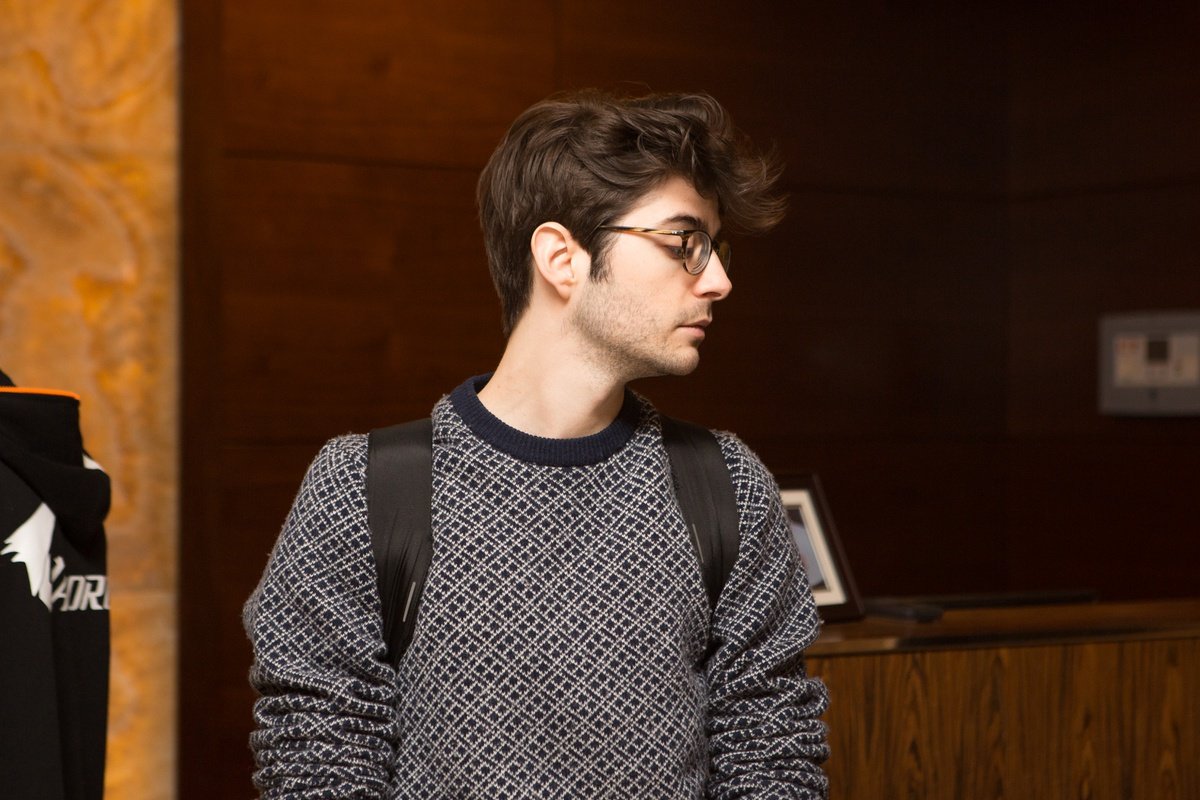 – You are currently top-2 rank Europe and you had 9k MMR before recalibration [note: just a couple of days ago Limmp got top-2 rank, forcing Seb to the third place]. In OG though you play more of a utility core role. How come so? I mean, if a young unknown player gets these numbers he would be instantly recognized as a new Miracle or something?

– Yea, this is a really good question. I think it comes down a lot to how the community and the scene looks at me. In people’s mind.. people look at me as a certain type of player, and I think my team do the same. I don’t blame them, I cannot, because sometimes it gets to me too, you know – if everyone says it then maybe they’re right, but when I play pubs – that’s me, my music and noone else.  And then, the way I play, I know that… I mean, I had a bet with my team at DAC that I get rank 1 (you know, it’s good for your the team’s confidence that you have rank 1 player on your team), so I told them “I will do it in 5 days”, and it actually took me 4 days. And I can do it again to help team’s condifence.

I know that as a player – I don’t want to be a Miracle, or Ana or whoever, I want to be myself – but I know that if it’s about taking space, I can use space if I’m given space and carry games. What I want to do is ask myself what’s the best for the team and usually I have passion for certain heroes, so sometimes it will be passion for Anti-Mage – then okay, I will be an Anti-Mage player. Sometimes it will be passion for Magnus – you know, I really love Magnus, I want to play Magnus mid, and it’s different heroes, but… I love Dota, If I really like a hero I will win with this hero. I like him, because I think it’s good, so I want to prove that Magnus mid is really good, so I will try my hardest and I will win with this hero. This is how I look at it.

And this is how I play my pubs. Yea, it’s a good question, I don’t really know if I should be utility or not…

– You are pretty versatile. I mean, you played tons of roles in your career.

– Yea, I can play any role. I play so much Dota, I play like 10 or 11 hours of Dota every day for last three years. Right now I’m playing mid because I really enjoy it, I think it’s really fun, and a lot of heroes I play I enjoy playing from that position. It’s just hard for me to know exactly how should I be used. The only thing that I regret – I think like the community has influence, and this is one thing I think is really sad.

– It’s really sad, but I guess that’s how it is, I don’t think you can do anything about it.

– Well, that’s gonna be a bit of provocative question right now, but do you think your overall skill maybe got better since you joined OG?

– I don’t think it got better. Back in the days I was position five and captain, so it’s very different – you know, when you play position five you don’t focus on your game, and I was in teams that had very little experience, when I was playing with French teams, like Sigma. You had to think a lot on how to play the game for a team, not how to play your game, but team game.

So it’s very different, if you look for example at xNova – you gonna say “oh, he’s very good but maybe individual skill-wise he’s a bit not as good” – he’s playing position five, you don’t know! Maybe if xNova played mid for one year he would be best core player in the world, you don’t know that. It’s just that some roles require different skills. If your position five, your Crystal Maiden only thinks about her game and how she’s gonna use spells perfectly in fights, and she’s not thinking about rotations, placing wards, team movement – you gonna tell “Maiden, bro, you need to play the game. It’s okay if you don’t use the best Frostbite”.

So back to this – I don’t think my skill has improved, if anything it’s worse than in pubs, because I can’t focus as much on my games yet, because we’re building the team synergy and one’s that would be build, I will have more time to focus on myself. 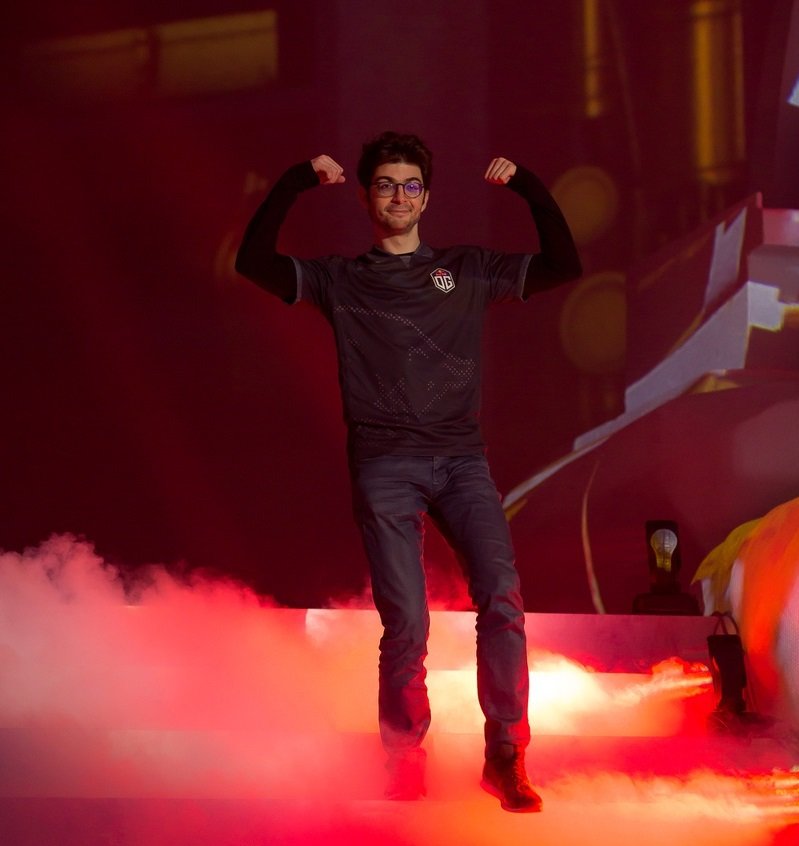 – The hero I really want to know your opinion on is Windranger. It’s one of you most played heroes, but you actually have 45% winrate with her on dotabuff. And it’s not really about you, most of WR players don’t really have high winrate with the hero. Don’t you think the hero’s just bad in its very concept?

Okay, you shouldn’t look too much into dotabuff, at least for me, because when I try to get MMR I really try hard and I will have high winrate, but usually I play a lot of games and I try a lot of builds. Sometime people don’t like me in pubs, because they know I’m high rank but I’m gonna buy some weird items, so you lose, but that’s fine, I’m just trying to learn, I want to improve. I don’t care about the rank at all. I only care about the rank for other people. If it makes people feel good, then I will get rank 1, but If I’ll be rank 500, I will be equally happy, I don’t care.

So Windranger, she’s may favorite hero in Dota, my most played hero in Dota 1, I would play Windranger all the time. I think it’s super strong: a lot of people disagree, but I’m convinced that Windranger  will become one of the best heroes in the game.

– On what type of position do you think?

Not necessarily mid. I think mid is not the best position for Windranger, it can be good some games, but I dunno, 30% only. I would say – offlane, she’s super good there, and then – mid and support, depending on the game.

– w33haa told me kinda same, and he also told core Windranger got worse since the Maelstrom attack speed nerf.

Yes. The problem with Windranger is itemization. If you play her as pos 1 or pos 2 she might be one item behind of what she needs, and she doesn’t farm as fast as other cores. But she’s strong anyway, the only real problem is Blademail mechanics.

– You can’t stop your ulti.

Yea, this has to be fixed, If someone buys Blademail you actually can’t Focus Fire him. This is not how Dota should work.

– I’ve been following you in Dota TV pubs, and you’ve been playing a lot of Alchemist – at least more than other players do – and you prefer a more battle-ish Alchemist. So what do you think of this fighting type of Alchemist, how does it fit in the current meta?

I’ve been trying Alchemist for like 4 or 5 months already. As soon as they started changing the stun I started trying it. I tried I think all the items in the game, and that’s why… I got 30 messages from people listening to the panel, questioning my build against FlyToMoon.

[7ckngMad lifts his hands in dismay]. I mean the panel, they don’t understand Dota – maybe AS well, I don’t know – but it’s really funny, like the item build I did is the optimal, this is the item build after 200 games of Alchemist.

– Yes. I can tell ya, this item build, and these talents, if you want to learn how to play Alchemist this patch – you do this. Do not listen to the panel, they don’t know what they’re talking about. Because the thing with Alchemist right now is: Radiance is a really strong item early game, it’s super strong, because enemies don’t have Pipe, they don’t have any way to escape the burn damage. Early game, there is no burst damage to kill Alchemist with Armlet + Radiance, he doesn’t die in first fights.

Of course Radiance is as much of an item to fight as it is to farm, you farm really fast and you push waves. You can’t buy Mjolnir first item, you’ll be way weaker than with Radiance – you don’t get to hit as much, you don’t have BKB yet, you don’t have movement speed. But later on, when you get the Cleave talent on Alchemist, 30% Cleave, and this is when you don’t need the Radiance anymore to push waves and farm faster, you got Battlefury talent. So this is when you remove the Radiance and get actual damage – because Alchemist have level 25 talent, BAT reduction. You buy Mjolnir to scale up your attack speed, and this is way more DPS.

– And you still need Manta to purge off Vessel, right?

– Yes, exactly! You need Manta to purge of Vessel, because you don’t want to BKB the Vessel, sometimes you want to use BKB for different things. If you need Manta and BKB – you should buy both. And then you can argue, Shiva’s, AC – it depends. You have all the items to chose, but for sure, keeping Radiance when you are six slotted is not understanding Dota at all. I know Radiance looks and feels really good, but it’s not that simple.

– Just for our audience to clarify: people been saying OG are good at playing illusion heroes, and they’ve also been speaking on heroes like Chaos Knight and Phantom Lancer… Personally I think these heroes have nothing to do with illusions in the meaning of pushing waves and so on… Can you clarify that?

– I am so happy to hear this! It’s the thing with community, I don’t know what people’re talking about, maybe it’s because of the casters…  people look at some stuff – I’m laughing all the time dude. Every time I open stream or reddit I’m just laughing all the time. I don’t know! We never use the word “illusion” in OG, even after we won 4 majors, we never ever said “let’s pick an illusion hero”, never.

It’s just people don’t understand the game really deep, so they see: oh, Naga has illusions, Alche buys Manta – these are illusion heroes. Naga and Alchemist, they are no more similar to me than Crystal Maiden and Bristleback. I don’t understand what they see in common.

And when they say “Naga, Alche, Chaos Knight”... I mean, I do understand, they have illusions, but this is a very basic way too look at the game and it’s good if you try to think a bit further than this.