- I've heard, that you are going to cast the show-match.

- Was it your will or you were invited?

– I was invited, however I even don't remember it. But then suddenly I've found myself in the casters list.

– Don't you want to get the revenge for years of critics? Don't you think sometimes "What bullsh*t are they talking about?"

– Well, I did before. But now I don't pay attention on it. I just don't care. That's why I don't think of the revenge.

– What went wrong on the EPICENTER?

- First ten minutes went wrong. That’s' it. Afterwards we fell down and couldn't gather up. I think we played on 20-30%. We didn't show our best plays. We were pressured too much.

I don't know how to deal with it. Confidence needed, and you gain confidence after winning. And when you lose - things go other way.

- Pressured too much – because of CIS audience or because of approaching TI7?

– I mean it was tough for us, morally. We've played with top teams on this LAN and we couldn't deal with them, I guess.

- Aside it seemed that Biver's hands were shaken, because it is his first LAN.

– We all were worried. We had to help Biver, because we already played at some LANs, however we were too bothered, it's like a chain reaction or a virus.

- Was it hard for you, the second map against OG? When you made a comeback from 20k, but then lost?

– Well, it was 28k approximately - Dendi smiles sadly. – It was hard to win there, we had to barracks left. We couldn't leave the base, otherwise they would splitpush us. All we could do was sit on the base and wait for them to make a mistake.

But OG started farming, gained some artifacts, Roshan and so on. Aghanim on Lone Druid and the bear started to splitpush our last towers. We couldn't deal with it. Or could we? We had refreshers, RP and Blackhole, so basically we could kill four heroes one by one. However they had buybacks, and we didn't have that many chances.

- Do you agree that you are unlucky with the tournament schedule? I think you'd better visit The Summit first, where teams are weaker.

– Perhaps, I don't think about it. You can search for excuses all the time.

- What is your aim on The Summit? Do you want to get a potential invite, or find your gamestyle or become the best CIS team?

– I doubt, that our victory on The Summit will grant us the invite. I don’t even think of it. We are ready to play [quals] after we arrive to Kiev.

Basically, we want to show our plays. As I said, we've shown here only 20-30%, because we were too nervous. 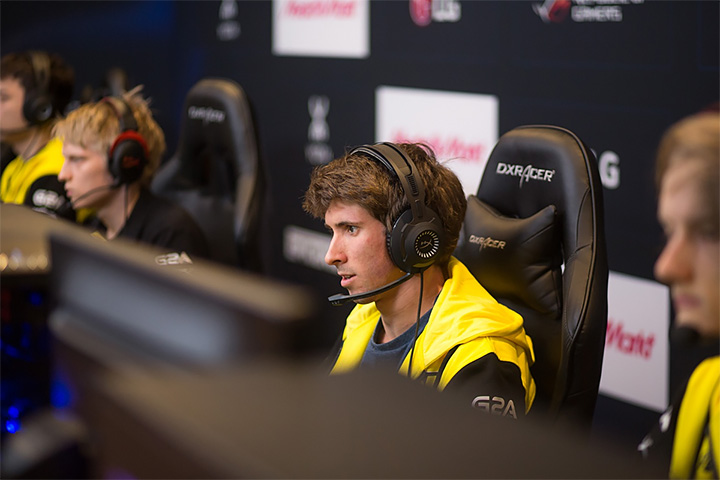 - What's going on on midlane? It seems that now any hero can be picked on it.

– I think, that you can choose various heroes. It's not about confidence; it's about courage to experiment. Usually top teams do it, and others use it, changing strategies a bit.

Sumail thinks, that Earthshaker is good against ember. And troll - his second ability grants misses, shaker's second ability gives true strike. They've tried apparation - and it worked well. They are not afraid at all. Arteezy can play carry-venomancer, Zai can play easy lane sand king with power treads and radiance. That is awesome, wish we could play like that.

- Are you confident enough to play mid shaker?

– I am, – Dendi laughs. – I can destroy anyone. In 2015 I already played Shaker vs Ember on DAC. We played with Goblak, XBOCT, Vanskor and Funn1k I think.

For more dota 2 news from around the world, full dota 2 calendar with fancy game stats and live streams download the app Well Played!