- Hey, I am Galvin “Meracle” Kang Jian Wen from First Departure, ask me anything!

- Hello, Meracle! I'm your huge fan, I have some questions about Naga Siren…

- Hello, Meracle! What do you think of EternalEnvy's Naga Siren?

- Hello, Meracle, what are your expecrations before trip to LA? Btw, do you always buy Aquila on Naga Siren?…

Most interviewers, that used talk to Meracle asked two questions: Is there a mistake in his nickname and how to play on Naga Siren. First question - an easy one. Meracle Chamlotte is his favourite hero from one of his adorable games. One of it is Star Ocean. First Departure is a team, that Galvin is associated with.

Second question is a complicated one.  Naga by Meracle in South-Eastern Asia became a fearful poltergeist for unexperienced drafters. And if there were assertive captains, that banned Riki and Huskar in the first stage, then Galvin quickly showed them, that pride is a sin. But how do you explain to others, that there is no secrets? «Be one of the illusions», – that's an advice from singaporean illusionist to new Naga Siren players. 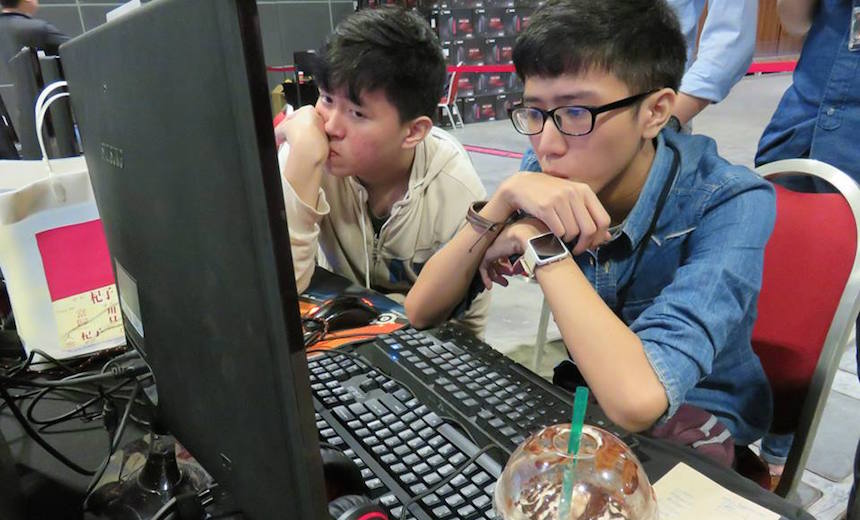 When one of his friends told him, that reddit wants to host an AMA with him, Galvin didn't hesitate at all. Agreement without hesitation is definetly his style.

In 2008 12-years old Galvin met Dota Allstars. Well, his elder brother oganised this meeting. Huge talent wasn't mentioned at first in a skinny "four-eyes". After first games his teammates begged him not to play carry anymore. Young man even stopped playing for several months due to this. However after some time he found a way to play without critics from his teammates. He started to play with friends.

Few years later his talent showed up. Galvin stopped playing for "interest" and began playing on local tournaments. The audience was amazed by his plays, however he was unable to find a good team. At that time local scene was occupied by two players - iceiceice и hyhy, they were leaders in terms of singaporian dota development, and Galvin was just uncertain lad, but a talanted one. At 17 years this lad recieved an offer to become the fifth player of First Departure, moreover as captain. Young guys from FD found their synergy. One of them - Wilson “Poloson” Coh Chin Wei became Sancho Perez, Robin and Friday for Galvin.

Big asian trio - Zenith, Orange and MUFC was unreachable for First Departure on long distance, but at bo1 they definetly had a chance.

Galvin himself was teared between studies and career in Dota. Day - studies, night - dota! During exams he had to sacrifice trainings. Galvin parents didn't accept his hobby. But he knew - sometime things will change, he just needs to end his studies.

Lads continued participating on local tournaments, Galvin gained some experience being as a superstar. Shy boy was glad to evade extra-attention, but journalists continued to request him for an interview. He shared his Dota values: “I prefer buildings more than heroes. Also I love heroes with illusions”.

All Galvin's thoughts were filled with the qualifiers to The International 2013. His team had ti play in local internte-cafe, but there was no choice. At that moment western audience first time saw his spectacular perfomance.  Funny thing is, that talented carry showed up playing Io! Galvin had to play support, because none of his teammates could play Wisp.

In a game against Rattlesnake, where FD won 2:1, casters praised him nonstop. But that success stayed local. Meracle didn't get to the main event. Asian qualifiers were combined with Chinese qualifiers. Chinese teams were too tough for singaporian team. Vici Gaming, Rising Stars and LGD – what can 17-years old boys do with them.

Galvin was unsatisfied. Glory faded his mind. He definetly knew, that he can gain bigger achievments. Comfy and domestic atmosphere in First Departure is a great stuff, but he went to competitive dota not for this. If his team is not able to conquer with others - he need a stronger one.

Post TI 3 chinese shuffle wave covered all teams, even LGD, that parted ways with xiao8. Besides Sylar was on transfermarket with a price of yuan. Transfers were not that popular that time, so he was changed for Rabbit out of Rising stars. Both teams failed after this change. Rabbit continued to play for LGD for a year, then he was bought by Newbee for $130 000, and Sylar played with his team for two months, and then he went to Vici Gaming.

Rising Stars didn't have that much options. Against iG, DK, and both LGD teams, TongFu and others, Rising Stars needed a good carry, not a chinese one. RStars captain KingJ recieved an offer, he took Meracle without hesitation.

Galvin's feelings were complicated. On one hand he had friends and family, on other hand he had a chance to play in serious chinese team, together with a strong captain and with Galvin's analogue - Cty. Meracle was offered a good salary, he was even given a promise, that his team will help him to slove somehow army issue. Rising Stars had lack of time, so they were ready to promise anything.

He agreed. When he was moving to China, he hoped to recieve a team, where top pro players gathered up to win. However he recieved 3 aphatic solo players and KingJ, who tried to create a team out of a broken vase.

«Our team spirit was broken, we constantly had conflicts. The problem was not about one player, it was about the team», – that were KingJ words right before Rising Stars disband, that happened after a month since Galvin arrived.

The higher are your expectations - the stronger is your failure. Galvin made a bet on a chinese team and he made a wrong decision. Other chinese teams at that moment were locked. But Meracle found a way to continue playing on a high level. He joined Titan as a stand-in.

First opponent for Titan - Team DK. First map was an easy one for Mushi and Co. Then Titan's captain XtiNcT picks Naga Siren and unleashes Galvin: do whatever you want, just win us this game! Team DK, the strongest team in the world at that moment, played like if they were a herd, and Galvin was a herdsman. Meracle was the one, who decided where DK should be.

First ban at the third map was the easiest decision in Burning's career.

Titan lost of course. Their next enemy was Speed Gaming. The europeans didn't watch previous plays by Meracle, so they gave Naga Siren right away. That was a mistake for sure. In a decicing map Jacky Mao banned Naga without hesitation. After that Meracle wasn't given a chance to play on this hero.

This tournament ended up for Titan on group stage. People started flaming, that Meracle is a player of one hero. After a week Titan failed on another tournament. No results, and Meracle gets flamed by everyone, he's a carry, that cannot carry his team, that plays 4+1. He was on the edge, but a call from Singapore was his lifebuoy.

Legendary Scythe - third place on TI1 was back to business after two years of silence. It's hard to say,  why Galvin didn't succeed. His main goal was - The International, but as usual... Someone else took his place. That was the moment, when Galvin faced his main enemy in his career - singaporian army.

He started his army duties in august 2014. It was way too difficult to combine army and dota, lack of sleep was a constant stuff. Once he recieved a chance to get to The Summit 2. He was so happy about this. However he was restricted to leave the country because of army.

Galvin fell down again, he was doomed. Meracle thought, that after army he would restart his career. And finally in august 2016 he signed a contract with Mineski.

Third place at The Boston Major Qualifiers, second place at ESL One Genting qualifiers, fourth at DAC qualifiers. Mineski managed to lose even at their own tournament - Mineski Pro Gaming League

He realized suddenly that the root of all evil are not external factors. Everything was far behind: studies, army. He changed teams more often, than Zlatan Ibrahimovic does. While other Asian stars - iceiceice and Mushi - from year to year compete for a place in the top of The International, Meracle butts with tier-3 teams in the shtetl tournaments. While he was 17, everyone predicted him to become the best Asian player, potentially - the best player in the world.

Meracle showed up too early, it always seemed, that still he has a lot of time to improve and start winning everywhere. He thought, that he had enough time to finish his army service, to end his studies, to find strong teammates. Perhaps, Meracle is the most gifted player from among those that have never played at The International. Perhaps he is the most valued player of his generation.

Or perhaps all this... are only his illusions?

For more dota 2 news from around the world, full dota 2 calendar with fancy game stats download the app Well Played: iOS and Android