Again The International 2015 is marred by delays as the first game of the day has hit nearly an hour of pause time so far and more than half the seats have emptied. The cause of delays appear to be different than yesterday because the Key Arena network is still working. AT 12:32 local time, Paul "Redeye" Chaloner announced that the cause was linked to Distributed Denial of Service (DDOS) attacks. 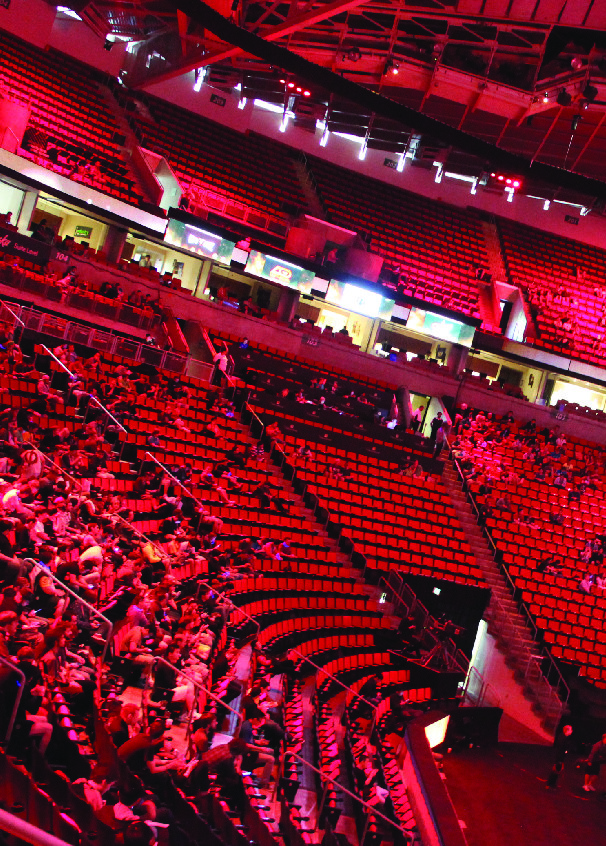 Seats empty the second day in a row. DDOS attacks are performed by using a large group of computers (often infected by Trojan viruses) send signals to flood a server and prevent legitimate requests from being registered or addressed. This can cause connectivity issues during gaming competitions leading to lag, packet loss, or game drops. JoinDOTA hasn't been able to get any additional information regarding the delays.Through the first pause, CompLexity at least remained very active, their screen buzzing around and score screen called up frequently. While it's difficult to tell exactly what was on their minds, pings on EG's Naga Siren and paths drawn to the top lane were shown on the minimap alongside this buzzing activity. They were dedicated to maximizing the lost time.Niklas "Wagamama" Högström mentioned that he hopes neither team is overthinking during the pause because the impact can be negative in his experience. 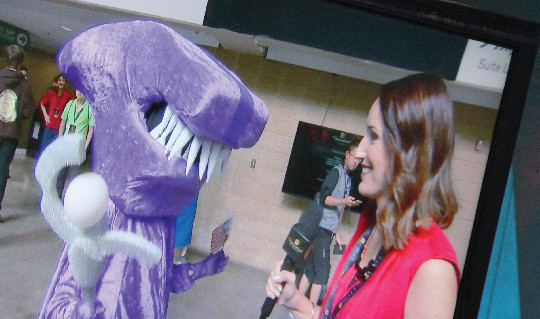 Kaci pulls her weight to fill time, but there are only so many Faceless Rex cosplayers... The games restarted shortly, leading to CompLexity's pre-planned aggression in the top-lane. But Song of the Siren ended up holding them in place as Fear pushed a tier 3 bottom. As they tried to return to defend, several heroes were picked off by EG's defenders.CompLexity was losing their substantial early game lead, and just then lag overwhelmed the players and forced another pause. It's unclear if the lag played a role in EG's massive victory during the short-lived return to game.

"We're not all as young as we once were," Redeye said almost an hour into delays in an unrelated conversation with the panel, but it's hard to disagree as frustrated viewers struggled to find something positive about the start to the day.While many fans' patience wears thin both in the stadium and around the world, some folks are finding the positive side. One told us, "This is okay because it's a chance for me to get to the Secret Shop," and the Empire twitter showed levity with the situation.

The line for swag has definitely grown as seats have emptied. At 1:15 local time, two hours after the game started. players were escorted back to their booths. At 1:20 local time games officially returned with Fly and Zyzzy waiting to respawn. So far the delays amounted to almost 2 hours of time.