The Nanyang Championships is the last major LAN ahead of the Frankfurt Majors, and day one has brought its fair share of weird and wonderful moments, both in-game and out. Ten teams are in Singapore competing at the Nanyang Championships including Secret, LGD Gaming, Virtus Pro and CDEC. Despite several technical issues, the casters put in the extra time on the opening day to try their best to get the show on the road.

The troubled SEA history The Nanyang Championships aims to rewrite

Today was the first of seven days of competition for SEA's largest ever SEA tournament in both scale and prize money. The last was the Major All Stars held in Malaysia back in March which Invictus Gaming won, although the MAS will unfortunately be more remembered for its heavy technical problems which narrowly avoided a brush with the fire department. 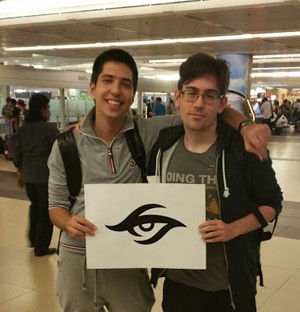 A location and conditions fit for kings

The Nanyang Championships have made several improvements when compared to the MAS, including offering private practise rooms for all ten competing teams, inflatable chairs for VIP observers in the stadium and hooking them up with accomodation at Singapore's most expensive hotel. The tournament itself is organised by KeyTV, an eSport firm based in Shanghai, China, who are collaborating with the Singaporeans to pull off the event, including well-known personalities such as the ladies from PMS Asterisk*.

The opening day - Every game counts

The Nanyang Championships is opening with a groupstage and the ten teams divided into two groups of five. Instead of rewarding teams with points for each match win or a loss, instead each individual game counts by making the matches best-of-2 and allowing for a draw. The top four teams of each group move onto the playoffs, with 1st and 2nd going into the winner's bracket and 3rd and 4th to the lower bracket.

Group A: Everyone has a shot to reach next round

Team Liquid tops group after the opening day, but as mentioned before the groups are based on game wins not match wins, which means they are far from safe if they want to go into the playoffs in the winner's bracket. Infact all except Mineski could challenge for the top 2 spots in the next round.

Mineski 2-0, but are still left with two matches tomorrow against Virtus Pro and CDEC who will both be much stiffer opposition. Should they lose both then VP and CDEC could take the top 2 places and progress to the winner's bracket ahead of them, with Vici Gaming also another contender with their last remaining match against the weakest in the group

Mineski. However, the Filipino team did take a game off CDEC in quite spectacular fashion (video below), so VG will be careful to tread wisely. Top four progress, so every game definitely counts in securing a favourable fate in the playoffs.

Group B: Three horse-race with Fnatic chasing. DC behind off in the distance 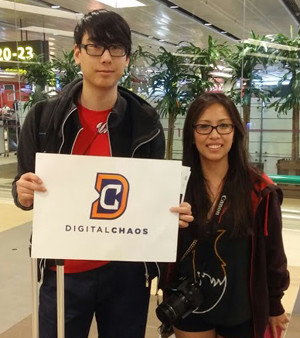 Group B on the other hand is a little more straight forward. Digital Chaos, who came in to replace Cloud9, have only taken 1 game from six, putting them at the bottom of the group. Their only hope is to beat Fnatic tomorrow because a draw or a loss would see them eliminated. The top 3 of LGD Gaming, Secret and EHOME all have a 3-1 record and two matches remaining. For Fnatic a win against DC would ensure a top 4 finish and a place in the lower bracket in the playoffs, a top 2 finish is now beyond their reach. Team Secret have two relatively big matches tomorrow, one versus LGD Gaming and the other versus EHOME. A win from either would secure a top 2 finish. Fnatic took a game off them earlier today, but based off their performance at ESL One New York and MLG WOrld Finals they are still the favourite to win the competition.

Production Value a big topic of the opening day

There were quite a few big slips in terms of production, with Merlini forgetting to turn off the drafting overlay until more than 5 minutes into one of the games but later apologised.Meanwhile, Sheever made the best out of a lack of graphics for the group tables, placing a handwritten one infront of the camera (below) in the post-match discussion. Furthermore, one of the most anticipated games of the competition between Fnatic and Secret had no English stream, but luckily a Czech caster called JohnnyCrypton leapt to fill the gap so that viewers had an English option.

However, despite all the technical problems the talent flown into the Nanyang Championships have had to deal with such as Sheever, Godz, KotLGuy and Lumi, they did so with a smile which has allowed the viewers to enjoy the games while still having a quiet chuckle. Issues on a first day of a tournament are very common, regardless of the region a tournament takes place in, so fingers crossed tomorrow goes off without a hitch so we can observe the last major LAN tournament before the Frankfurt Majors.