The teams at the Nanyang Championship have been divided into two groups for a two day Group Stage in round robin format. Today, theScore eSports takes a look at Group B.

Picking who should win Group B is a tough call. Team Secret feel like the choice but in the limited time since their roster change there are some results that call this into question. Overall, they have been very successful against European teams (while struggling against CIS teams) but most importantly the two times that they faced CDEC they won 2-0 and lost 0-2. With both LGD and EHOME in their group it is not out of the question that a 0-2 loss at the hands of one of these teams could make things much more interesting.

Still, Team Secret are fresh off of their win over Evil Geniuses at the MLG World Finals, making them favorites to take their group. The squad is has overall had a great time already this season with 2nd place at ESL One New York on top of the aforementioned MLG victory. 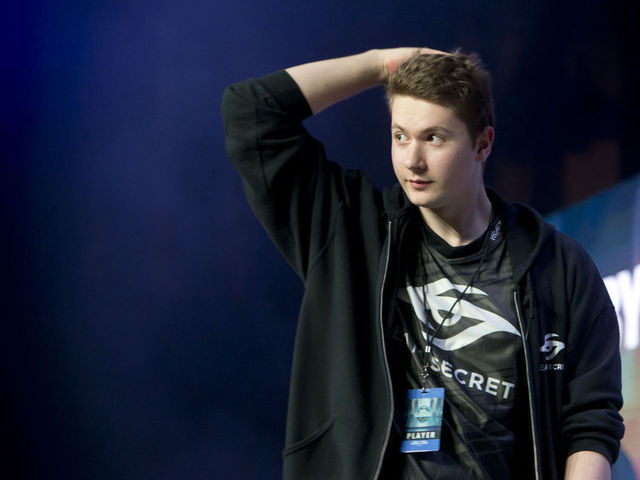 The Middle of the Pack - LGD, Fnatic, EHOME

These three teams are the reason Group B should be very exciting. Any of them are capable of taking the second spot and we could even see two of these teams at the top of Group B if Team Secret don’t perform up to expectations.

LGD are another one of the teams that haven’t played a whole lot of matches since TI5. They were seeded late into the ESL One New York CN qualifiers but lost 1-2 to iG in their second match. They received a direct invite to the MLG World Finals but lost both their group stage matches, first 0-2 against Virtus.pro and then 1-2 against Evil Geniuses.

They have already lost to Vici Gaming in The Summit 4 CN qualifiers, though they stayed alive in their latest match against CDEC.Youth. From this small pool of results, LGD really seem to be struggling.

On the other hand, Fnatic have had more chances to play and improve since creating their roster because they have had to work hard to get through qualifiers for ESL, Frankfurt and more recently The Summit 4 and Starladder Season 13. When you look at all of their post TI5 games there are certainly a whole lot of wins but the important thing to keep in mind is that these games have almost exclusively been against their own region.

Their only game against an international opponent was against Team Secret in the ESL One New York quarterfinals. They lost the match but they won one of three games, which means that they could potentially split in this situation and leave Team Secret with one less 3 point match.

Finally, we have EHOME. Unfortunately after all the hype surrounding the team at TI5 the roster made some major changes following the tournament, replacing three players. Legendary ex-DK support LaNm is still with the team, but it remains to be seen what kind of results we can expect from this lineup.

They were given a free pass to the Quarterfinal stage of the ESL CN qualifiers and breezed through VG Potential, Vici Gaming and iG to secure a spot in New York, but were unable to attend. They were also seeded straight into the bracket stage for the Nanyang CN qualifiers but the only other Tier 1 Chinese teams participating were Newbee and iG. EHOME didn’t even need to face Newbee and took out DK, TongFu and iG on their way to qualification.

Recently, EHOME put up a great performance against Newbee in The Summit 4 qualifiers, so they certainly aren’t weak. Again, this team is largely untested outside of their own region.

Digital Chaos didn’t actually qualify for Nanyang. They made it to the Grand Finals of the Americas qualifier but suffered defeat at the hands of Cloud9 both 0-2 in the Winner’s Final and again 0-3 in the Grand Final.

However, luckily for them they will have their first chance to compete at a LAN after Cloud9 were forced to drop out of Nanyang at the last minute and DC were brought in as a replacement. Unfortunately, the LAN experience will be somewhat less valuable considering that one of their less experienced players will not attend due to passport issues.

It’s going to take some hard work and great drafts to get DC past the group stage at Nanyang, but the LAN environment might be just what the team needed to take their game up a notch.

Again, this is a team largely untested outside of their own region but with experienced players TC, Aui and BuLba there they shouldn’t crack under pressure. All that’s left is to see whether Digital Chaos have done their homework and how far it can take them.