The Armory received a make-over as part of the 6.85 update last month, although the default layout left much to be desired in terms of usability, leaving some players keen for it to return to the way it was before. However, Valve has done the next best thing and added a Collection tab to the Armory, which allows the player to customize the layout of their items. You can even revert to the Source 1 Armory! 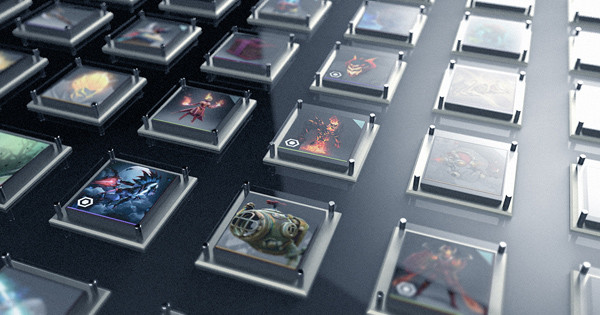 Valve new console command will let you revert to your Source 1 Armory!

A new filter in the Collection view will also you to organise your collection of hats as you see fit, making it no longer necessary to cycle through all the heroes you don't play to find items for the heroes you do. Valve has also added the "dota_import_steam_inventory_layout" console command, which will allow you to "populate the Collection tab with items positioned as they were in the Source1 Armory", pretty nifty.

Today's update also includes a notification feature to help you find the items you've just acquired and an Item Details interface, aiming to make it easier to customize and buff up your items with gems or other scrolls. For the hardcore players among you who invested heavily in the Arcana sets you may have found that the visuals did not look as impressive in Reborn, another issue flagged by the community that has now been dealt with.

/roll is back and Clarity/Tangoes no longer instant cast

The /roll command allowed users in dota 1 to roll a random number, and was used to resolve disputes between players over who wanted to go mid or play a certain hero. No longer will you have to feed to be given mid, now you simply /roll and accept the results... or not.

Another pet peeve of the new patch was the change to how healing salve and clarity potions were activated, resulting in many people accidentally using them instead of passing them to an ally. "Healing Salve and Clarity Potion now require a unit target rather than being an instant cast", should be one patch note every support player will be happy to read.

This update in a nutshell

1. Your armory can now be pimped out Source 2 style or reverted to Source 1.

2. If you're fighting over mid simply /roll

3. If you splashed out on flashy Arcanas they now look nicer

5. You're now unlikely to eat a tango before the horn by accident