The strongest European finisher at TI5 - Virtus Pro will debut in the new season today as part of the European Qualifiers for the $650,000 WCA Main Event. The Russians are in for a real test of form from the very beginning as they will go up against Monkey Business who are still undefeated. Moreover, this tournament will also see the first official match of new iteration of Team Secret! (Image: playdota.vn)

The European scene is a very different one than Virtus Pro faced before TI5. Team Empire have struggled since the big event, losing two players and only winning 2 of their 4 matches since then which included a 2-0 defeat to Golden Boys. Meanwhile Alliance have yet to find good form since the return of Gustav 's4' Magnusson and Navi are still finding themselves with their new captain Adrei 'PSM' Dunaev.

The biggest threat to come out of the post TI5 shuffle is Monkey Business, and ironically that will be VP's first port of call in the opening round of the competition. Following qualification for the MLG World Finals, MB are 5 wins from 6, the best record of any team in Europe since TI5. Virtus Pro on paper should be the strongest team Monkey Business have faced yet, but with it being the first competitive match for VP in 5 weeks, the public is curious to see if they can continue the form they showed at TI5. Virtus Pro are of course, one of the only teams to decide to keep their roster exactly the same. Whether that was the right decision we will find out later today. 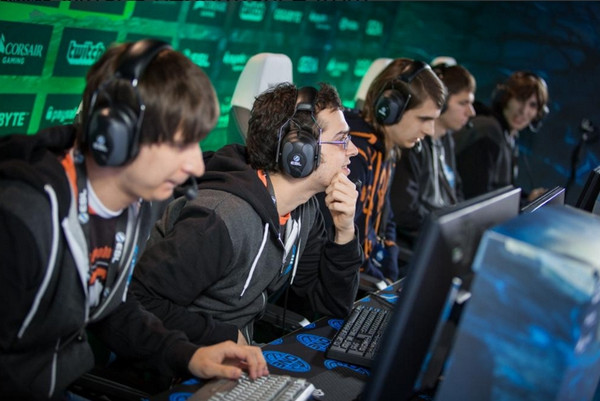 With an unchanged roster VP are definitely looking to dominate the early parts of the season. (Image: Dotablast)

Last year WCA was an invite-only event in which Newbee triumphed over Cloud 9* taking home the first prize of $325,000. This year the format has been changed and all the attending teams will come from qualifiers. However, the teams aren't only fighting for the right to play in the main event as each qualifier has a separate prize pool of $87,500.

The qualification process for WCA 2015 has been slowly going on for a while and has already finished in China as well as America. As a result LGD Gaming, CDEC Gaming, Invictus Gaming and Champions of Summer's Rift have all secured a LAN finals spot.