After successful qualification to the OMEGA League, we talked with Seleri, support of Vikin.gg.

What will you know from it?

• Why Vikin.gg is displeased by the format of the quali?

• Russian analysts call Seleri «Son of Puppey». What’s the reason behind that?

• What did go wrong during the bo-3 series versus Team Empire?

• Why Seleri and ImmortalFaith wrote salty tweets before OGA Pit?

• Seleri is a vegan. He told us about his best breakfast.

• What makes Vikin.gg a strong team?

– Let’s talk about the play-off of the OMEGA League close quali and your team. Do you think Vikin.gg belongs to tier-1, tier-2 or tier-3 rank CIS+EU?

– I would say tier-2. we have much to improve on before you can call us tier-1. and we lack consistency.

– Your teammates said Vikin.gg should be invited to the OMEGA League instead of quali because you won the 2nd division of Pushka League. Do you agree with them?

– Yes I agree, the OMEGA League is basically the same tournament except they fused with another organizer and made it bigger and better. to completely ignore the qualifier that Unique and us won is bad mannered. They are allowed to do it and I can understand from a business perspective you would prefer to invite the biggest organizations that have the most ‘’fans’’ right now. But that doesn’t justify it.

– Please take a look at the invited teams in OMEGA and say: whose place Vikin.gg should have taken in your opinion?

– I don’t want to say any names, especially since it is not the fault of the teams that accepted the invitation. Who wouldn’t accept an invitation to an event like this. But I can say we should not replace Team Secret at least.

– I know you are displeased by the format of the quali. What do you think are the major cons of it?

– A weird thing this qualifier has is that the groupstage is GSL (double elimination kinda). But then the playoffs are single elimination, and you have 2 groups of 4 teams. The main issue with this is that if you think Hellraisers and us are the best teams of this qualifier, then it would be easier for either of us to intentionally get 2nd place in our group instead of 1st. If one of us would intentionally get 2nd place in our group then we would not face each other and both have an ‘’easier’’ qualifier. Now this would be completely unacceptable to intentionally lose a tournament game, but this format gives a reason to consider it.

What would be a better format for the same amount of time? I would ask Noxville since he would have the answer.

– Do you think Hellraisers is stronger than 5men?

– Now let’s talk about the two bo3 series in the play-offs. Vikin.gg had not played with Io for the last 5 months until OMEGA quali. Now you open the draft with Io+Gyro. What was changed?

– We practiced Io+Gyro and wanted to play it. I don’t think there was anything wrong with the draft, we just executed poorly. We had a lot of mistakes in game 2 and 3 vs Empire, I don’t think those games would have been easier with a different draft. It just happened to be with Io+Gyro.

– Earlier you picked Wisp with different heroes like Slardar, Tiny etc. Now we see only the Io-Gyro combo. Do you have other good heroes for Io?

– My coach ‘’ImmortalFaith’’ makes our draft so luckily for me I cannot accidentally spoil any secret combo’s ;)

– Only time will tell!

In this meta almost all carries love mkb, so I have two questions:

2. Why Shad choose that build and why not go for Agh+Satanic? Did you think about that build when you analyzed replay together?

– I think butterfly is definitely worse now because MKB got buffed. We don’t really talk about item choices since Shad knows best if his item build was correct or not, if he thinks it was bad he will adjust it for the future.

– It seemed like you and Aramis didn’t handle saving Gyro from Team Empire. Was it your fault or it was too hard to save him from deaths?

– We made some mistakes together, was definitely our fault.

– Third game, Vikin.gg trail 7k gold at the 25:00 mark. Then your team uses smoke and makes an amazing fight! Who is that guy, who said: «guys, lets fight, we will crush them!»? Was it all according to plan or it’s just «smoke of the last hope»?

– We made some mistakes in the earlygame/midgame so we had to play slower than expected. When we smoked we just smoked because we hit some timings and we thought it was a good time to fight. In the game we can estimate how strong we are and if we are ahead or behind, but in the end you just have to do what you think is best.

– Russian analysts call you «Son of Puppey» because of your strong plays as Enchantress. They think you and Clement are two players, who actually can play her. Have you ever learn that hero by watching replays of Team Secret?

– I am honored to be even compared to Puppey because I think he is the best dota player of all time. But honestly I have seen his enchantress replays but I don’t copy his playstyle because I think the way I play enchantress is better. (not trying to disrespect him, I think he has more impact than me on every hero because he understands the game way better than me)

– What’s the difference between your Ench and Ench by Puppey?

– I cannot say anything specific, but the way we play the hero also depends on the way both teams draft. The way we draft my style of ench fits better, but for Team Secret the way he plays it might be better. [It] comes down to skill builds / how we view the hero.

– 68 of 107 games in the last 3 months you played one of three heroes: Ench, Venge or Grimstroke. Is it essential for support to have a wide pool or 5-7 heroes will be enough?

– I think it depends on the team, but for pos5 in general you tend to pick the heroes you build around early in the draft so the hero pool gets smaller by default. If required I could play more heroes but you can only pick so many different strategies while you are improving together.

– Are there heroes that you (or ImmortalFaith) want to pick in official matches, but can’t because of lack of practice?

– I don’t think so, we have plenty of time to practice. maybe some heroes we don’t play well with so we don’t end up picking them. But that is not because we have a shortage of practice time.

– I noticed that your team never pick Nature’s Prophet and Faceless Void, two heroes that rated in CIS and Europe very high. What’s the reason?

– I think it just has to do with our playstyle. We can play the heroes but we are currently playing other heroes more so we didn’t get around to playing them yet.

– So, let’s go back to you. You and Daniel wrote some salty tweets before OGA Pit. Why did you do that? To raise self-confidence? To hype your tag?

– Haha, I don’t think the tweets where salty. We just wanted to make some hype for our game vs OG. which to be fair, worked out very well since it was the most hyped up game when the tournament started. In the end we respect our opponents but that doesn’t mean you shouldn’t create some hype.

I wonder who we are playing in OGA Dotapit season 2.
Hope they are ready to get destroyed :)

– Will we see some new hype tweets during OMEGA League?

– Maybe ;) we have nothing planned but will see how it goes. We are playing vs OG in the first round again so will try to get our revenge!

– I’m excited about your first game! You have a “vegan” logo as a picture of your profiles at Discord, Instagram and Twitter. Is it an important part of your life?

– It is an important part for sure, I have been raised vegetarian and went vegan some years ago. it’s the most important part of my life next to dota. I will replace it with a picture of myself in the near future though so people can see what I look like without having to look up an interview or stream with webcam. 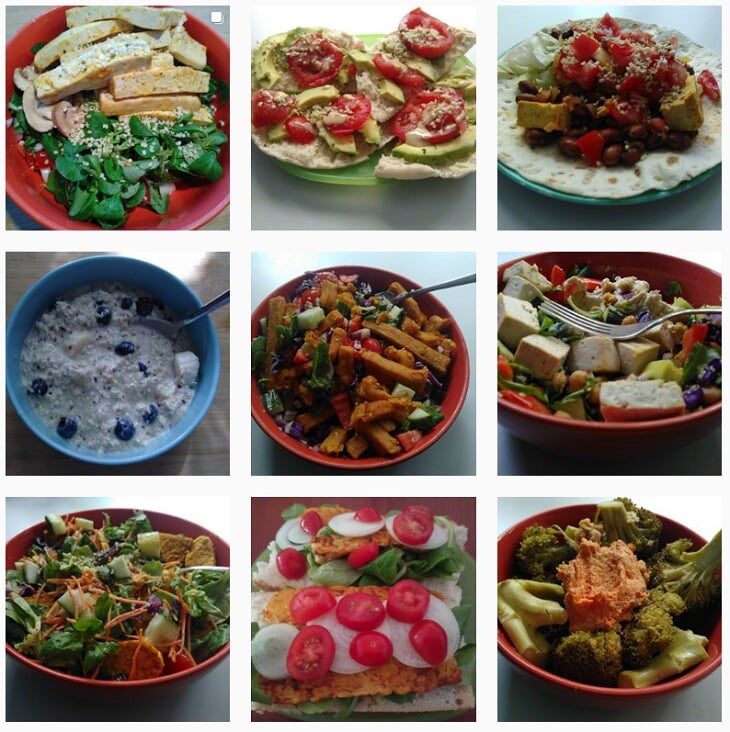 – Yes, I never eat out so it’s just a collection of all the food I eat, I thought it would be fun to share it since I make the food anyways.

– Give advice on what to cook for breakfast for vegans. The most tasty vegan breakfast in your life

– Make sure to eat something you find tasty, for me that is almost always oatmeal which I share on my instagram. but if you don’t like oats then I would not recommend it. 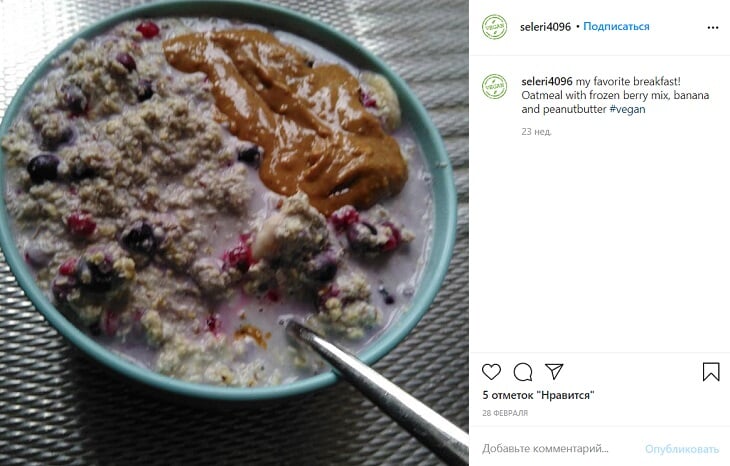 – Which place in the OMEGA League will satisfy you?

– Honestly I am happy if we try our best, but what we really want is to get to the upper bracket since usually we have been just short and we start in the lower bracket.

– What makes Vikin.gg a strong team?