Second big fail of Na`Vi in a row.

1. If we take a look back at the final match of the London Major, Na`Vi were psychologically terrible since the beginning of the game. If we talk the EPICENTER final, though,  we can say Na`Vi at least fought till the end of the first map. They fell apart after Mirage and couldn’t do anything on Dust2. This loss may have awful consequences for Natus Vincere condition.

2. Faze easily won the draft. Na`Vi played Dust2 7 times over last two weeks and got 100% win rate. Out of these games Na`Vi themselves picked Dust2 3 times.

Till today Na`Vi got a decent preparation for Dust2. They baited opponents for the choice of this map or suddenly picked it by themselves. But tonight Faze expected this: the European team prepared Dust2 perfectly and destroyed Na`Vi.

3. Karrigan strikes back. Today was the best day for karrigan since the beginning of July. 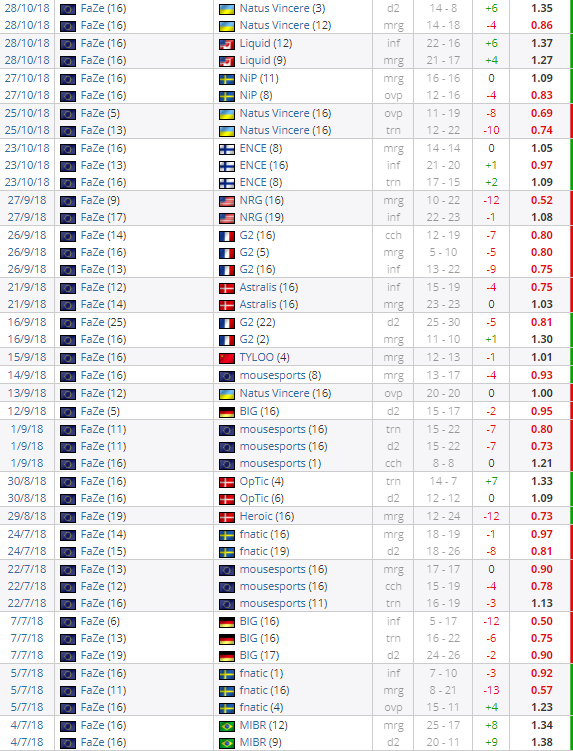 He got 28 kills for 26 deaths in the final and this is a strong performance for him, especially versus such a strong opponent. Out of last 44 LAN maps, karrigan got rating 2.0 higher than 1 only 19 times. For the team that based on individual performance that’s quite quite awful. Today he pulled out a decent perfomance and this affected the final result a lot.

4. Faze outplayed Na`Vi individually. Even if Faze were good today, a top-2 team in the world should not be outplayed so easily by them.

Na`Vi keeps being Na`Vi. Congratz, Faze Clan, you deserved it.

Bull’s eye: how to turn a mistake into a won round?